Aisha’s poetry and creative writing journey began in her last year of high school where she accidentally took a writer’s craft class and it turned out to be one of the best ‘mistakes’ she ever made. Aisha placed in Third during her first poetry slam competition, Louder Than A Bomb Toronto. After this thrilling experience, Aisha has performed at several other events such as the Cinderella Glass Cleat event hosted by Islamic Soccer League, Human Rights Film Festival by JAYU and many other local hot spots! 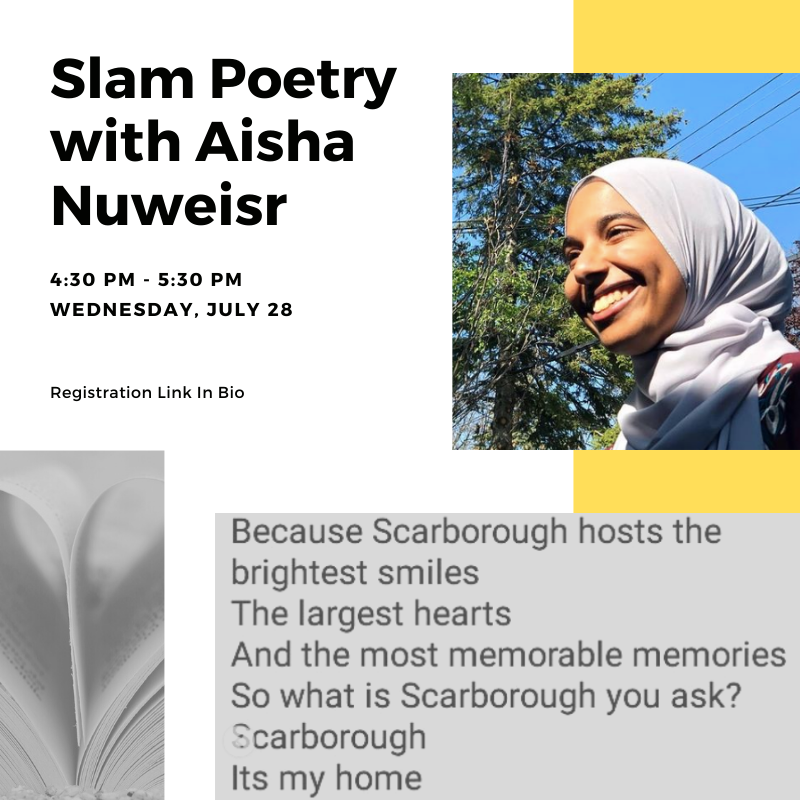 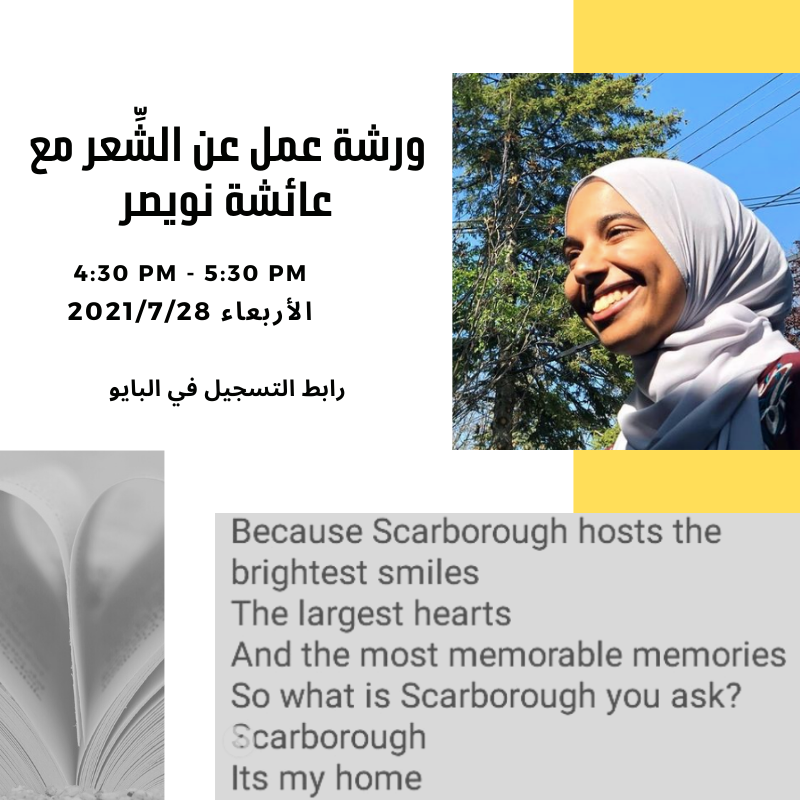 Come out to our slam poetry/spoken word workshop with Aisha Nuweisr to explore ways to paint images and bring out emotions through only a few words!

Please bring a writing utensil and a piece of paper or any other writing support and please ensure you have a steady Internet connection.